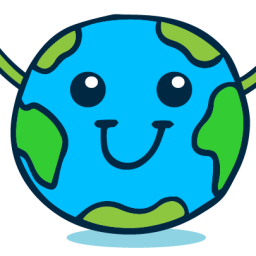 Can you think of a married woman having two kids in her late 40s ruling over the music world through her incredible song writings? If not, then you must treat your ears to Amonada Zeon!

Technically, Amonada Zeon wrote her first song for a school friend at 13, which is a very young age to step into the music industry. She started her music career many years back when it wasn’t that easy to make your mark in the music industry if they were not sexy, not provocative, not the female profile the industry wanted. Amonada Zeon started this music adventure early in her life through classical music, tango, and musicals. For an opera student, at that time, performing or composing popular music was nothing less than a sin, it wasn’t that easy to build a career outside the classical world. For people who had an interest in the popular music fields, there was a greater risk of losing their career and being judged and terribly criticized by the people around them.

However, in the last years, Amonada Zeon started recording and publishing covers of her old adolescence songs. Destiny can surprise us, because it was the same old school friend from the first song, the one who started pushing her to go back to songwriting and performing. He started by convincing her to step into publishing her podcasts and music, and out of boredom, Amonada Zeon decided to follow his advice. So she looked for her old scores that her mom used to keep and guess what! This was the biggest turning point of her life. When she started releasing her own music, people welcomed her wholeheartedly. They loved everything about Amonada Zeon’s songs and asked for more. That’s how she received a wonderful reception in the music industry, and that’s when she decided to bestow the music industry with her melodic voice!

Amonada Zeon has always been an addict to art, music, literature. So, at the beginning, she just fueled herself up with them: listening to great classics, craving for new books, enjoying theatres, cinemas, museums… She says:

“In some way, we all become what we have consumed, what we have been exposed to…So, once you are “charged with that energy”, when there is any strong emotion that shakes you in some way (positive or negative) and you have no words to express your feelings, new songs just appear.”

It was at that point when she suddenly found poetry and melody flowing out. It was a transforming and creative process, almost a catharsis, a therapeutic tool.

Hardships that Amonada Zeon has to face:

Life is not a bed of roses; it can surely surprise us with unexpected changes, challenges: facts that no matter what we do, we cannot change. The best way to overcome these issues is to continue with acceptance and adaptation to the new reality. She personally happens to find the example of the leaves that fall in the river very illustrative.

“You know, if the fallen leaf tries to force its way against the water flow, in the end the opposing forces will always destroy it. But if the leaf stays calm as goes with the flow, the river will sooner or later bring it to a safe coast. So, no matter what happens, just keep going…and if the strings of your violin break, play with whatever string is left.”

What a phenomenal personality she is to think this big! At some point, her physical body seemed to collapse suddenly. She had a severe immune dysregulation that looked just like one of those “invisible illness” cases. Amonada Zeon spent years trying to rebuild herself and her career, but it never got better; it just got progressively worse.

However, the unexpected was found out after a “long and winding” medical journey. She had been dealing for almost 20 years with an arsenic intoxication. It caused mitochondrial damage, hyper-reactive immune disorders, autoimmune reactions, etc. But, no matter how many hardships she had to face, she stood still and made her mark in the industry!

What advice does she have for artists who feel they need to fit a certain “image” or “style” to make it?

“I would ask artists to re-think about: what it is “to make it”? Because surely, it is not quite what the media tries to make us believe. When I was at the first steps of my career, I remember getting statements like “Pretty voice! But you need to lose weight” or “Great music! But we would prefer a celebrity to sing it”; or “Great talent! But need to be sexier.”

One of the worst ones was: “We are phoning you from the production because we would like you to be the main “voice” in the musical (a model will play the character, though. She is pretty to be on stage.)”, etc.

Now, I am grown up, I’m the mom of two wonderful kids. I’m thankful to be alive, and I am absolutely in love with my life and with what I do. None of those comments of the past seems to make sense anymore. So, my advice is: never ever stop being who you are just to please others. Least of all a system that has never been planned for your own benefit.”

Her advice for artists:

Wanna get in touch with this ultimate powerhouse of talent? Click on the links and follow her on social media!

Also, don’t forget to listen to her incredible track “Earthquake” at Spotify!

This website uses cookies to improve your experience while you navigate through the website. Out of these cookies, the cookies that are categorized as necessary are stored on your browser as they are essential for the working of basic functionalities of the website. We also use third-party cookies that help us analyze and understand how you use this website. These cookies will be stored in your browser only with your consent. You also have the option to opt-out of these cookies. But opting out of some of these cookies may have an effect on your browsing experience.
Necessary Always Enabled
Necessary cookies are absolutely essential for the website to function properly. This category only includes cookies that ensures basic functionalities and security features of the website. These cookies do not store any personal information.
Non-necessary
Any cookies that may not be particularly necessary for the website to function and is used specifically to collect user personal data via analytics, ads, other embedded contents are termed as non-necessary cookies. It is mandatory to procure user consent prior to running these cookies on your website.
SAVE & ACCEPT